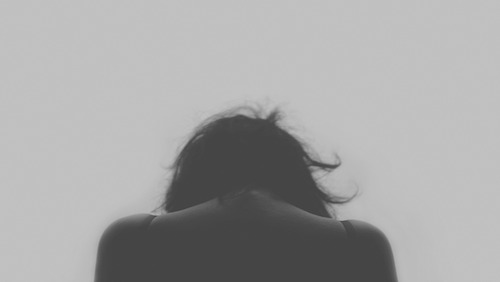 I wish I could give you a simple answer. But, what I can give you is reassurance that life goes on…

Just because you can’t see them, it doesn’t mean that they aren’t around. When you pass, your spirit leaves your body; so it has to go somewhere? Some people like to call it heaven, but I don’t like to associate with religion. Let’s call it moving to another dimension. I like to think that when we get there we’re shown all the lessons we should have learnt in life, and everything we didn’t understand about life begins to make sense.

So how should you deal with losing a loved one?

Losing someone special is one of the hardest challenges we face. We’ve all been through it and will continue to go through it, there’s no escaping death.

We all experience grief in different ways, some worse than others. Even mediums and spiritual people suffer from it, myself included. I remember the day that Tina died, it was the worst day of my life. I’ve never experienced anything like it. The shock of someone dying so suddenly can have strange effects on the body. I had the worst migraine I’ve ever had and no amount of pain killers would take it away. I felt so sick I was heaving in the street.  And of course I cried, from the moment I got the call.

Two years down the line I still miss her on a daily basis, and cry from time to time. The one thing I would say about grief is simply to feel it. If you weren’t supposed to be feeling a certain emotion then you wouldn’t be experiencing it. Loss can also teach you vast amounts about life, it taught me to be grateful for everyone and everything and never take anyone for granted, characterised by the tattoo on my arm.

I think it’s true when people say there are different stages of grief. I’m not sure that you ever really get over losing a loved one but it certainly gets easier over time, especially when you maintain a connection.

People tend to wonder why their loved one doesn’t give them a sign that they’re around but, the reality is that as human beings, we’re often far too caught up in our busy lives to notice them. Have you actually tried asking for a sign? It works both ways you know! Just like anything you need to work together to establish a connection. Talk to them in your head – no matter how silly that may sound – ask them to move something or switch the TV on perhaps, just try not to be too alarmed if / when they actually do! But don’t be disheartened if nothing happens, it can take a while, spirits do not measure time as we measure it.

If you’re not quite convinced, let me tell you a couple of stories…

My mum had a reading with a Medium a couple of years ago, during the reading she was told that her dad was learning to play the organ in the spirit world – he had always loved organ music. She was also told that he would soon demonstrate his new skill via the television or radio.

One day my mum was driving down the mountain alone. She switched the radio on to one of the usual commercial stations expecting to hear chart songs, but it was playing a piece of organ music. The music went on for a few minutes, there was a brief silent pause then a voice that said ‘that was me playing the organ’. The station then returned to normal.

As I said previously, when Tina died I went to pieces. I didn’t feel like doing anything, particularly socialising. One day my friend Amanda tried to cheer me up with a trial gym membership, which sounded like a good idea.

We were on the treadmill talking about Tina, I had two mobile phones perched securely in front of me near my feet. All of a sudden one of them slid down fast onto the treadmill. It was strange, but I smiled and thought to myself, Tina’s here. In my head I said to her ‘if that was you please move my other phone’. We carried on talking and walking then suddenly the most unexplainable thing happened, my other phone shot across the room so fast we didn’t even see it move, and it landed on the floor behind me. I knew I couldn’t have imagined it but I had to check that Amanda saw it too. It was amazing; there was simply no other explanation for it.

And that’s not the only thing Tina moved, around the same time I also began to notice that whenever I entered my bedroom, one of my incense sticks would be on the floor, which would always make me smile.

Some people may have noticed that I’ve been missing her a lot lately, and it seems she has too! Just last week I came in my bedroom to find my speaker sticking out in the middle of the room. I half dismissed it at first thinking I may somehow have moved it, but when it happened for the second time I knew exactly how it had got there. Once again I said in my head ‘if that was you Tina, please move the speaker again’. She didn’t do it straight away but sure enough the speaker moved again.

It’s not for everyone, but most people that have had a reading with a medium come out feeling comforted to know that their loved one is well and happy. Being able to connect with a friend or relative can be so special, especially when they tell you something that only you would have known. As long as you don’t become reliant on a medium I would suggest giving it a try, especially if you’re finding it hard to cope with the loss of a loved one.

Just because they have left the earth plane, it doesn’t mean you must forget about them and move on. It may not be possible to bring them back but it’s certainly possible to seek comfort in knowing that they are still around…

3 thoughts on “How to lose a loved one”